A Thanksgiving Message from the Foundation

I, along with thousands of people in America today, am a Descendant of Jesuit enslavement.

When I, and others who are Descendants of Jesuit enslavement, first learned of our history in 2016, it was, in many ways, a stunning discovery. While some of us knew or assumed that we were descended from slavery, to learn that our ancestors’ enslaver was the Church that our famillies have loved for generations was a shocking blow. It led to a realignment of so much we thought we had known about ourselves and our faith. We all needed time to process the anger, the pain, the sadness, and the deep sense of betrayal.

But in that time of upheaval, as we faced the truth of our ancestry, we discerned the need to not only heal from our past but to help our country heal, too. With our unique connection to Jesuits and the Catholic Church, we had a vision of a 100-year partnership between Descendant and Jesuits that could help America heal from its biggest lie of a human value that is falsely rooted in pigmentation supremacy.

To pursue our mission, Descendants approached the Society of Jesus—not in the spirit of anger or retribution but with outstretched arms and open hands. We issued an invitation to the successors of those who had once held our ancestors in bondage, asking them to join us in a multi-generational commitment to transform a country that still suffers from the effects of America’s original sin and biggest lie.

That is what makes the Descendants Truth & Reconciliation Foundation so unique. Four hundred years after the lie of pigmentation supremacy began, those descended from the legacy of slavery—from the enslavers and the enslaved—have come together based on a common sense of morality and a desire to heal. In fact, the central idea behind the Foundation is that America is a country in need of deep racial healing and that while healing can happen individually, transformation—which leads to sustained, systemic healing—happens only when we pursue it together.

This week, as families across the country prepare to gather together to give thanks for their blessings, I cannot help but feel sadness for all the ways that our nation has harmed so many of its own throughout history—not only those who were held in bondage, but those who are today still suffering the effects of slavery through racism. I think about how the earliest settlers did not join hands in thanksgiving with the native peoples they found on this land but hunted and killed them, putting bounties on the heads of the men, women and children who had lived here for generations, and then reclaimed and renamed their ancestral lands to erase those people from memory. When a country has a painful history, examining that history should cause discomfort.

But I am also thankful for the possibility that we can write a different future together. I am thankful because the Descendants and Jesuits were able to come together to respond to the greatest need in our country today: to transform the soul of our nation from one that harbors fear and hatred for its fellow man to one that recognizes and values the humanity in each of us. I’m thankful, too, that we were given a divine vision of how to do it—not just for us but for all of God’s children.

We began with truth. We joined hands and hearts in the spirit of healing. Now, we go forth together in pursuit of transformation. I hope you will join us. 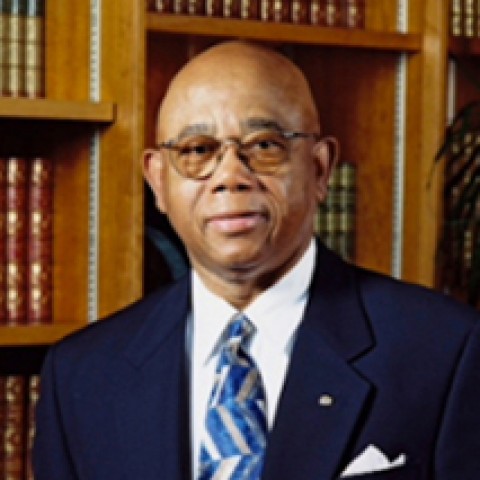 Joseph M. Stewart is Acting President of the Descendants Truth & Reconciliation Foundation and co-chair of the GU272 Foundation Leadership Committee. He’s a fifth-generation grandson of Isaac Hawkins, a Jesuit enslaved man. Joe is a retired Senior Vice President of Corporate Affairs and Chief Ethics Officer of Kellogg Company in Battle Creek, Michigan. He was a trustee of the W.K. Kellogg Foundation and chaired the board for two years. He is co-founder and CEO of Stewart Industries, LLC.